I love Chinese food, but truth be told, I just don't have a lot of good luck cooking it. My latest Chinese cooking adventure was Moo Shu Pork, which is probably my favorite dish to eat out. I used this recipe from Cooking Light with mixed results.

I had trouble figuring out the directions for the filling. First, it called for 10 dried shiitake mushrooms. My bag of dried mushrooms was comprised of small shards. Ten of those made no sense, so I used about 1/4 cup. It also called for equal parts Napa cabbage leaves and Napa cabbage stalks. Look at the Napa cabbage to the right. is the thicker part of the leaves considered stalk? It's not apparent, so I ended up just cutting up the leaves. Finally, the sauce in the mixture never thickened -- I wonder if there was enough cornstarch. All in all, the recipe had potential but needed a lot of tinkering, so I won't print it here.

The mandarin pancakes, though, turned out great. I used my stand mixer to make it easier. Here's how I made them. 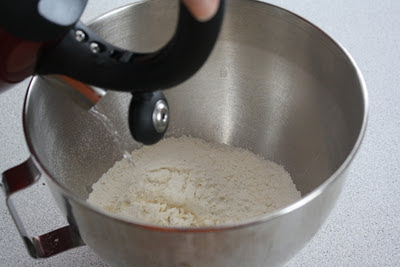 I added boiling water to flour in the bowl of the stand mixer. 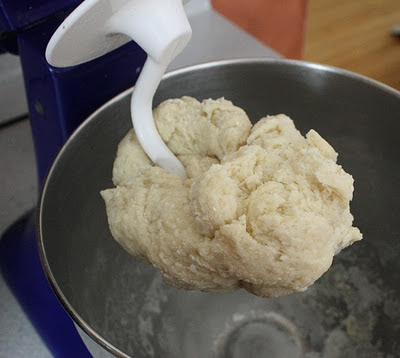 I kneaded with dough hook until a soft dough formed. 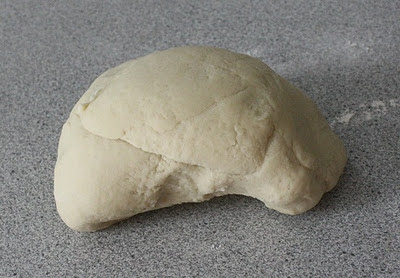 I kneaded by hand until the dough was smooth. 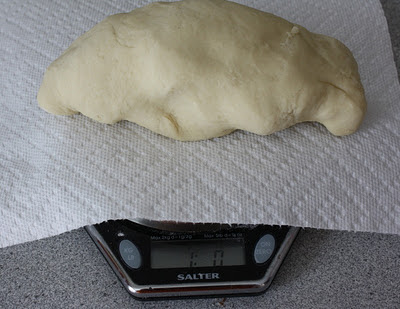 When I weighed the dough, it weighed 1 pound. That made it easy to figure out how to divide it into 16 pieces. 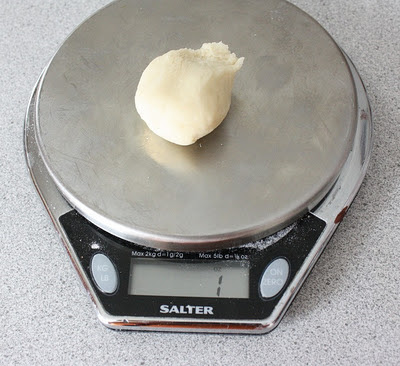 To divide into 16 equal balls, I just weighed them. 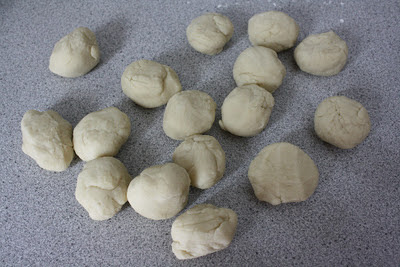 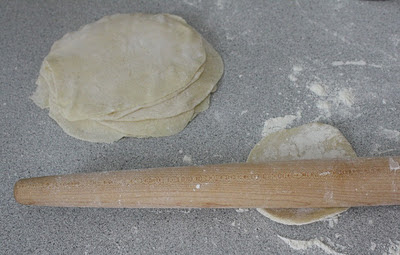 I rolled into 6-inch circles on a floured surface. They weren't perfect circles. 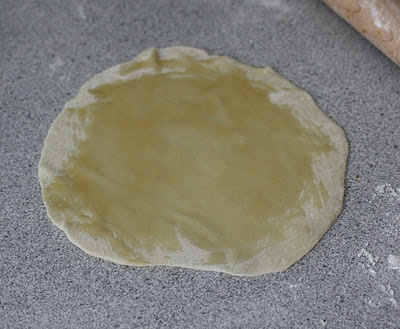 I brushed 8 pancakes with sesame oil. 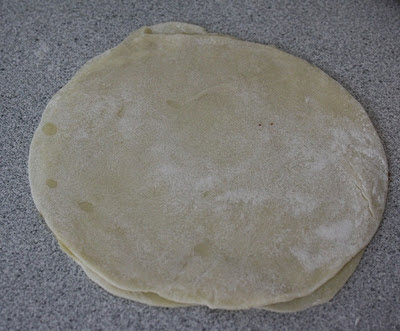 I topped each of those with another pancake. 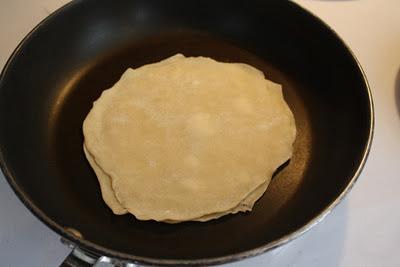 I cooked one sandwich at a time in a nonstick skillet over medium-high heat. It took about one minute on each side to cook them.

They were slightly puffed when they were done. I used them the way you'd use flour tortillas in Mexican cooking.
Here's the recipe for the pancakes.

Lightly spoon the flour into dry measuring cups; level with a knife. Combine flour and water in the bowl of a stand mixer. Stir, using the dough hook, until a soft dough forms. Turn the dough out onto a lightly floured surface. Knead until smooth and elastic (about 3 minutes). Divide the dough into 16 equal portions. (I found the dough weighed exactly one pound, and weighed out 16 one-ounce balls). Roll each dough portion into a 6-inch circle on a lightly floured surface. Brush 8 pancakes evenly with oil. Top each with one of the remaining pancakes, gently pressing together.

Heat a medium nonstick skillet over medium-high heat. Place 1 pancake stack in pan, and cook 1 minute on each side or until slightly puffed. Remove from pan, and cool. Peel pancakes apart.

Fill with your favorite Moo Shu filling. I don't have a reliable favorite to share just yet.

If you are on Weight Watchers, the pancakes are two Points Plus each.
Posted by Tracy at January 23, 2012 2 comments